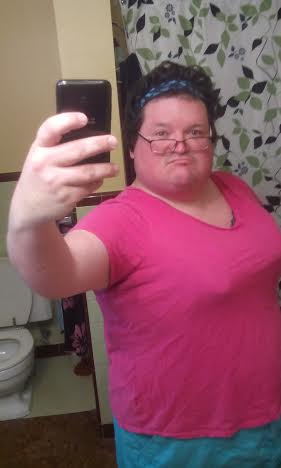 People ask me all the time, “Maddy, why are you so patriotic and modest?” I’ll tell ya why. Because I love America so much that I never forget to make empty symbolic gestures every time I see a flag and I dress appropriately while projecting my insecurities on younger women especially if they have the nerve to accomplish something.

Did ya see that Olympics? I mean good lord! It’s a cesspool of immoral, unpatriotic activity. A green diving poll of cess!

I’ll tell ya what’s wrong with the Olympics. And if ya don’t agree with this, oh go in the corner and cry about it because I didn’t give ya a PC participation medal! Maybe next time DO THE RESEARCH. And I’ll block any trolls who disagree. Quit bullying! If ya don’t have anything nice to say then shut up and quit hoggin’ my free speech blog!

1. All the female athletes’ butts are hangin’ out right in front of Jesus

I tell ya! The filth! It’s bad enough Jesus statue in Rio has to look at Carnival every year from way up high on that zika infested mountain. Now He has to look at beach volleyball wedgies and gymnastic wedgies and diving wedgies and jumpin’-in-the-dirt butts. Back in my day athletes wore long shorts. I blame the gays like Richard Simmons for infecting young athletic minds on TV. Now all the kids think stuffin’ spandex up in yer coo-coo is the norm!

And they’re handing out CONDOMS to all these Olympians. See? It’s not just for show! I tell ya and I don’t lie! Premarital sex, can you imagine? My Dear Hubby and I have only had sex three times, to procreate Aiden, Hayden, and Jaiden. In the missionary position, the only sexual position the Lord approves of. Hubby has never even seen my butt, let alone the whole world. I told him on our wedding night. No doggy! He acted all butt-hurt. Ha!

Hubby and all men are such perverts. I caught him watching the Olympics the other day, women’s gymnastics! I totally dumped all his beer out! Ha! I told him.

You know who you don’t catch wearing wedgie trunks up her ass? Hope Solo. She wears pants, is prone to speaking her mind, standing up for herself, and xenophobically expressing unfounded fears about traveling to other countries based on overblown media reports, which proves she’s a Good American.

2.This has nothing to do with race, but that black girl didn’t smile enough or put her hand over her heart when America song came on

I tell ya! In today’s PC culture, kids these days think they’re entitled to work really hard to become one of the world’s top athletes, represent their country in the Olympics, win a gold medal, and then just have everybody on Twitter be okay with it if they didn’t smile enough or put their hands over their hearts. I tell ya! Were you frowning because you didn’t get a participation trophy that you’re used to in this PC culture of today?

You know who you don’t see frowning? Michael Phelps. If he did frown I’m sure he would have been bullied on Twitter and in the media for it…and that didn’t happen. And it has nothing to do with race. DO THE RESEARCH! 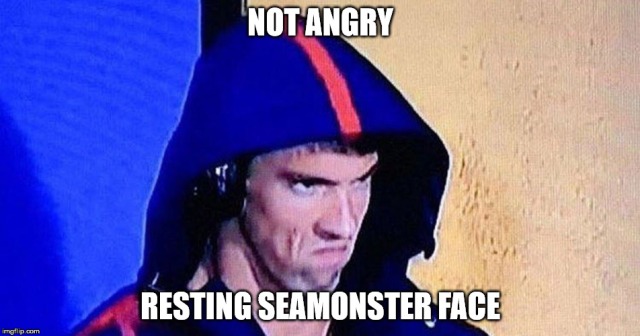 3. Brazil built a Pentagram under the Olympics

I tell ya! Look at this picture! Just look! 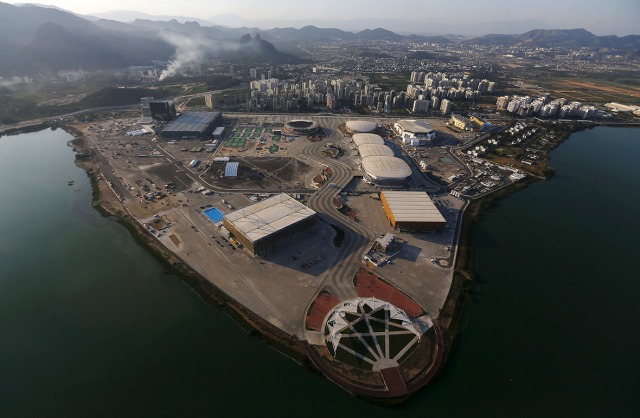 Oh that’s just plumb snickety fantastic! I remember the burnouts back in high school who used to smoke the pot in the bathroom wore shirts with the word “Slayer” and that same pentagram on it. I’m sure they all died of pot overdoses and are “burning one” in hell right now. Ha!

Another great view for Rio Jesus to go with all the butts. That means everybody who stepped foot in the Olympic park is now going to hell, unless they’re Americans. Don’t believe me? DO THE RESEARCH!

4. American swimmers got robbed at a gas station, then Brazil stopped them from coming back to America

I tell ya! Those poor boys had a gun put to their head and everything . I know because they said it, and why would an American lie about anything! Then Brazil has the nerve to pull them off a plane?? We should nuke them.

They are charging those innocent American swimmers of vandalism and saying the whole robbing thing was made up. Well I guess they’ll be caning them or whatever they do in Third World countries.

Even if they just vandalized a gas station, so what? Americans can act however they want when we grace people of lower countries with our presence. Everyone looks up to us and is happy to see us anyway, because we’re richer than them. DO THE RESEARCH!